If you were to do research on a particular brand, would you choose to learn about it through infographics or videos? I know I’d choose the latter. Video creation today is no longer as technical as it were. As long as you have a camera or a smartphone, there’s no reason for you not to shoot. And if you want to gain more followers for your business and improve your conversion rate, using a Facebook cover video is a must. 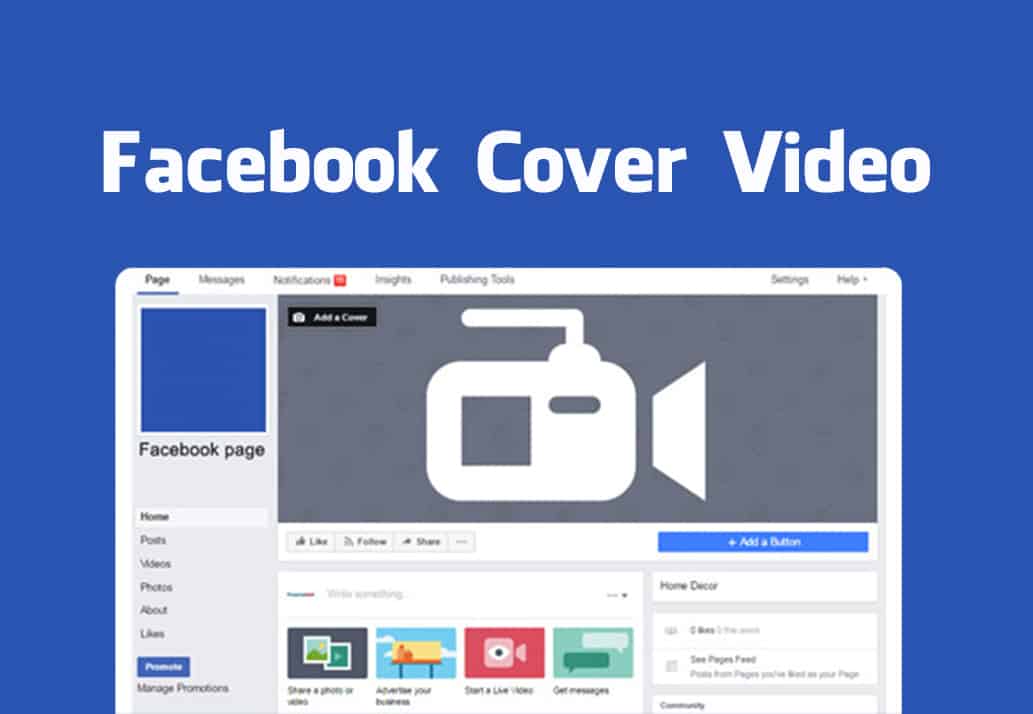 No matter what social media platform you’re on, there’s no denying how powerful a cover photo is. It’s either the first or second thing you’ll notice aside from the profile picture.

One of the biggest reasons why an individual would visit a business page on Facebook is to seek information. And they get that mostly from the “About” section or from your posts. Not everyone, however, would actually spend time doing that. Most visitors, especially new ones, would just­­ look at the cover photo and that’s it. If they’re not satisfied, they’ll look for a different alternative. And you don’t want that to happen.

Facebook has now offered a perfect solution, and that is by allowing brands to use a video instead of a static image for their cover. Take note, this feature is only for Facebook pages only. Currently, if you’re only using this social media platform for personal use, you can’t use a cover video.

One thing that makes a video superior over a photo is its capability to crunch more data. In short, you can actually shoot a footage of your product doing what it’s made to do. Compared to a photo, you can just show a fraction of that.

This leverage allows you to showcase everything you want to your audience in a short video. What makes it even better is that it’s incredibly visible to everyone. Of course, that’s why it’s called a “cover.” So there’s no reason for them not to check it out.

What Type of Facebook Cover Video Should You Use?

First and foremost, the video shouldn’t be a minute longer.  Although people may see it instantly, it doesn’t mean they’ll watch it entirely. I know you want to put a longer video for them to know everything about your brand, but that just won’t work. Keep in mind that individuals nowadays, especially the working class, usually have short attention spans.

You should opt for a video that is concise and provides everything your customers need to know about your brand. Keep the details digestible and in segments. If you have a one-minute video, divide it into three to six parts. Perhaps, the first part should be about your brand and the merchandise it offers. The second one should be about what the products are made for. And the third part could be about how it’s made to show its quality. The key is that it should be straightforward enough.

Lastly, the video should be understood even without sound. The cover video will play automatically but will be on mute. Users have to tap on it first to hear what the video is about.