Facebook is one of those platforms that never seem to disappoint us. And it has been able to keep its reputation due to its improvements. Its developers are always creative, and they somehow never run out of ideas to make things better. They’ve added a lot of useful tools on the social media platform lately. And in fact, there could be two new features soon to be introduced: Red Envelope and the Breaking News tag. 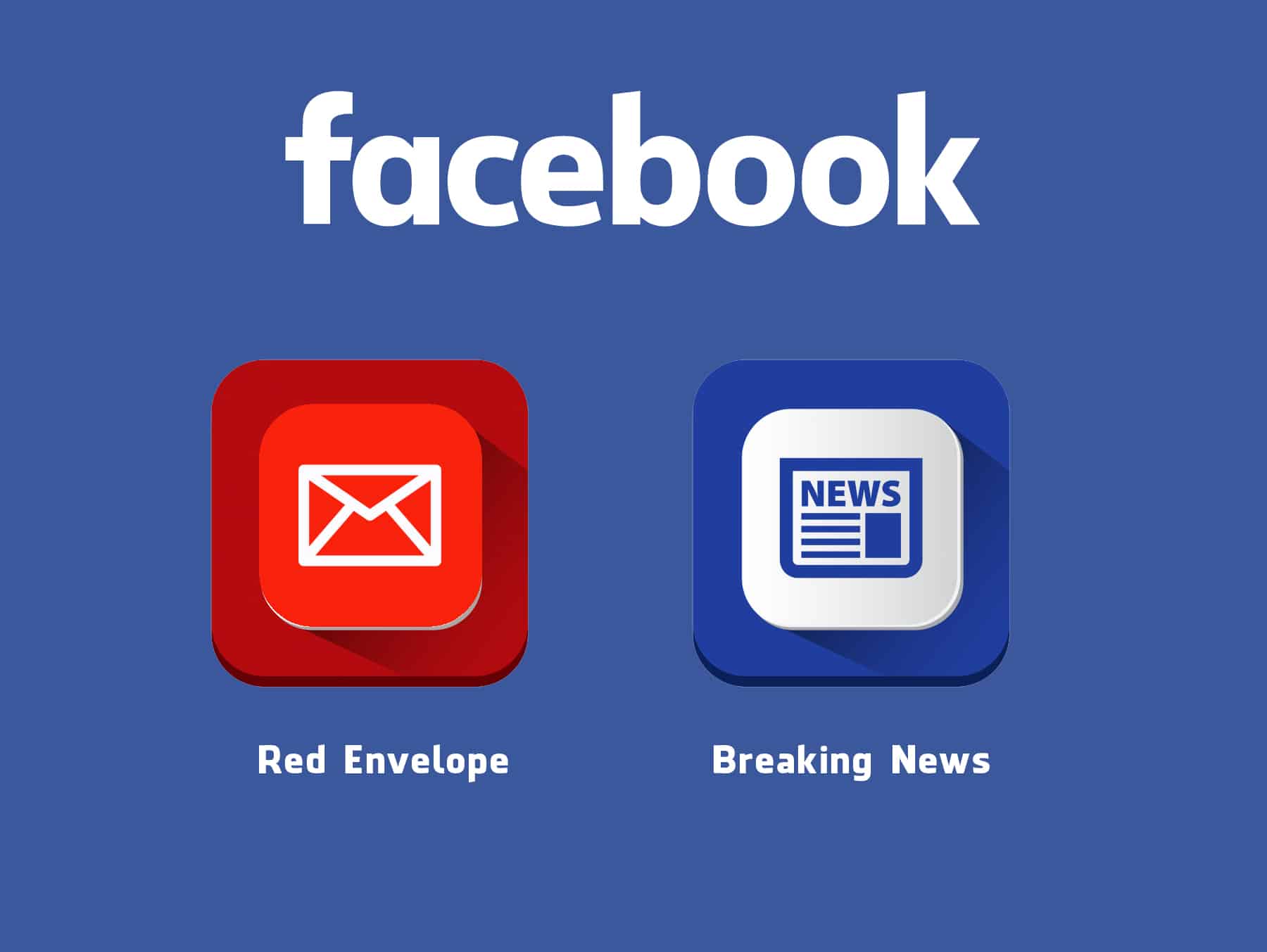 [tweetthis twitter_handles=”@1alexkhan”]Red Envelope and Breaking News, do you know these? Read here to know:[/tweetthis]

How were these features discovered?

Facebook didn’t announce these two possible tools. They were discovered by Matt Navarra, an executive at The Next Web. He shares products and tools that are currently unknown to the public on his Twitter account. Surprisingly, he found unreleased items in Facebook’s code. On November 3, 2017, he tweeted a screenshot of the two features.

When the social media giant was interviewed, they didn’t deny the existence of the two. However, they were vague about the red envelope feature and said the Breaking News tag was set for a future test.

What is the Red Envelope feature?

Does the term sound familiar? If it does, then there’s a huge chance you’re Asian or close to someone who is. It is used in Asian countries, most commonly in China during holidays. The elders give red envelopes to young people, and the envelopes contain money.

So this feature allows you to send money as a gift to your Facebook friends. Since you can send money through Facebook, you can also use this tool to send payments. Although Facebook already has this system in Messenger, it’s still not available in the main site.

What is the Breaking News Tag?

As its name suggests, this tag allows you to highlight newly received information about a current event. But since it hasn’t been officially tested yet, I can’t say for sure what it’ll do. However, I am confident it will be about news and will somehow stand out. Facebook might notify users, pin the stories on top, or make the post visually stand out.

These features will be tested soon!

Prepare when these features are officially tested. That way, you can familiarize yourself with these relevant tools and keep up with the pace of Facebook’s developments. You can then use them to your advantage. If you’re a Facebook seller, then you can incorporate the Red Envelope system. If you want to share valuable information, you can use the Breaking News Tag. When you know how to use these features even at their stage, you’ll have no problem when they’re officially released.