As you might have realized getting featured on Periscope is one great way to get seen by a huge audience and gain massive followers.  There are two different feature possibilities. Either way, your broadcast or your profile can get featured.

The only problem is that it´s not so easy to get featured as this is a manual process done by the Periscope editorial team. A prerequisite is, however, that your broadcast has a high quality and is remarkable. 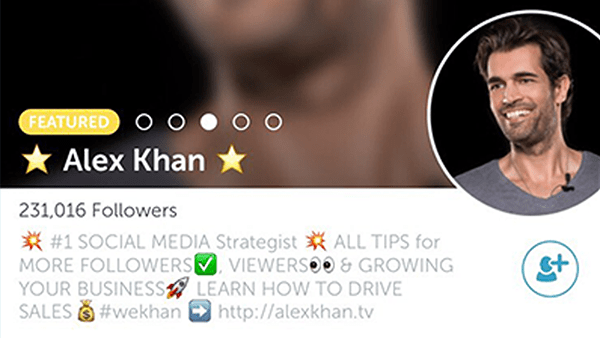 Many don´t know that you actually can kind of apply to get featured on Periscope. So, if you think you are about to do a fascinating scope I have two ways for you to increase your chances:

[tweetthis twitter_handles=”@1alexkhan”]Learn How To Increase The Chance To Get Featured on Periscope.[/tweetthis]

Please don´t be disappointed if your broadcast is not getting featured, as the chance is still little. Nevertheless, those two ways will make sure your broadcast is at least considered so give it a try if you think it´s worthy of note.

Here is my Periscope stream about it:

LIVE on #Periscope: 💥💥HOW TO GET FEATURED ON PERISCOPE💥💥 #teach #wekhan https://t.co/hEn0iM5Gbh

What do you think about the feature option and have you been tried to get featured? Feel free to leave me a comment. Thanks for reading this article and if you like it please share it.