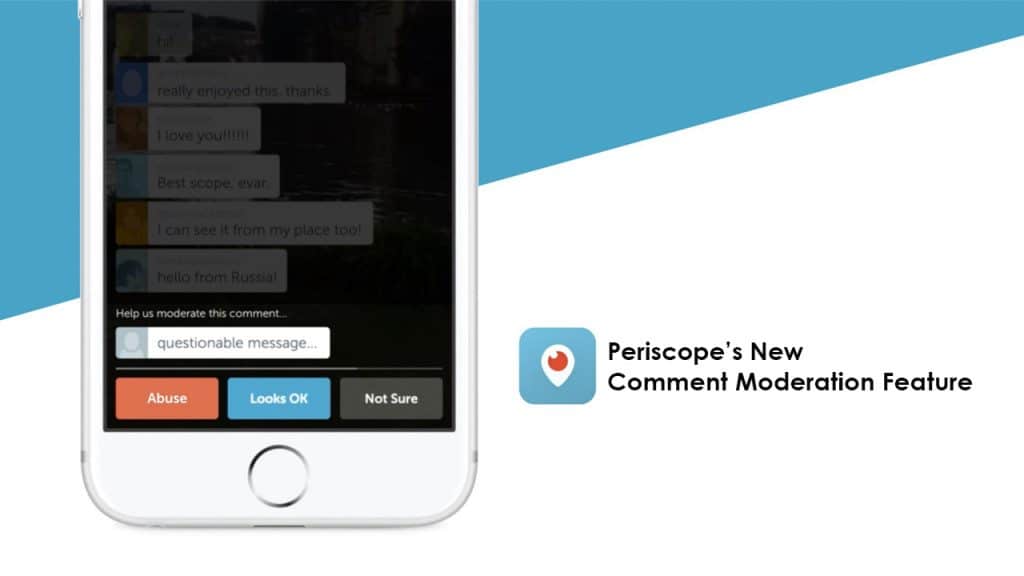 As one of the leading live video streaming applications, both broadcasters and viewers can observe and testify there are still hundreds of viewers trolling around and spamming irrelevant comments – even worse, unreasonably insulting the broadcaster. This is one nuisance for which the community is asking for a solution. And, thankfully, Periscope has introduced their new real-time comment moderation feature.

The new feature has shown some promising results and is gaining good feedback from the poll. As most of you know, the comment system, during live streaming, works simultaneously. People can participate by placing their comments during the broadcast, and as new comments arrive, old comments will ascend to the top of the screen and disappear.

Now, with the new Periscope comment moderation feature, users can report abusive and spammy comments and will instantly take action by removing it. It will also restrict the flagged user to show further comments on the user’s screen. To take things further, the system will select random participating viewers of the live stream to vote whether the comment was spam or abuse or if it was merely from the reporter’s perspective.

If most votes are considering the comment as spam or abuse, the flagged commenter will then be notified that he will be restricted from chat/comment for 60 seconds. However, if most people would vote it was relevant, or it wasn’t an abusive comment, no actions will be given. When a flagged commenter is reported again, after the restriction has been revoked, he/she will no longer have the ability to chat for the entire live stream session.

This feature will discourage users from disturbing and trolling other broadcasters and help make the live streaming community better. Another great aspect about the feature is it can be turned on or off by the broadcaster. Viewers can also opt out of voting by changing their settings. This is why the new comment moderation feature has been acclaimed as promising. It is fair, simple, and easy.